Although legal sports betting in the United States is still in its infancy, people gambling in New Jersey made $1.24 million worth of bets during the latter part of 2018, according to figures that gambling regulators in the state recently released. An attempt to capitalize on this gaming enthusiasm led to a  copyright infringement lawsuit  against 10-year-old bookmaking company FanDuel by British-based rival William Hill, regarding guides teaching people how to place a bet.

In July 2018, FanDuel began circulating a “how to bet” guide at the Meadowlands Racetrack. The lawsuit alleges that it was practically a word-for-word copy of a similar guide that William Hill offered at the Monmouth Park Racetrack during the previous month. FanDuel allegedly copied not only text from William Hill’s guide but figures and diagrams as well. In one instance, FanDuel allegedly cut and pasted text directly from the William Hill guide into its own without bothering to remove its competitor’s name.

William Hill initially filed the lawsuit in October. News of the settlement first became public last Monday, although by that time the agreement was already a week or two old. The CEO of William Hill declined to disclose the settlement amount, although he did reveal that he intends to use some of the money to help people struggling with gambling addiction, while some will also go to New Jersey universities to establish creative writing programs.

Though often intangible, intellectual property is a very precious commodity. Those who suspect infringement of one or more copyrights may wish to discuss the case with an attorney. 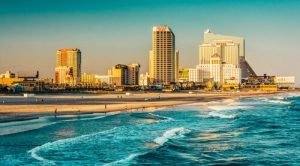