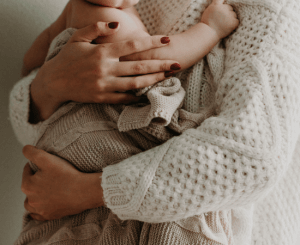 On March 9, 2022, Acting New Jersey Attorney General Matthew Platkin announced that the New Jersey Division on Civil Rights (DCR) had obtained a $195,000 settlement on behalf of a breastfeeding working mother, who was a former corporate marketing director for North Jersey-based manufacturing company VCNY, in connection with her employer’s alleged violations of the New Jersey Family Leave Act (NJFLA) and the New Jersey Law Against Discrimination (NJLAD).

In 2018, the marketing director was on federal family leave time under the Family and Medical Leave Act (FMLA) when her employer told her that she would be unable to take an additional twelve weeks of New Jersey state family leave available under the NJFLA. The employer incorrectly contended that the FMLA ran concurrently with the time allowed under the NJFLA and that she had exhausted all available leave. Under New Jersey law, an employee who first uses FMLA leave time to recover from childbirth does not exhaust the additional leave time available for bonding available under the NJFLA. After being denied NJFLA leave, the woman filed a complaint with DCR in April 2018. Following the filing of her complaint, her employer permitted her to use the additional leave under NJFLA.

Upon return to the workforce later in 2018, the marking director alleged that her employer’s work life was difficult. According to her allegations, she was deliberately excluded from projects and meetings despite previously being involved in such. Furthermore, VCNY scheduled her for a two-week trip to China and India while she was still breastfeeding her newborn. While the employer offered to pay for the woman’s newborn to travel with her, her pediatrician advised against the infant’s international travel and the marketing director asked to be excused from the trip as an accommodation under the NJLAD. The employer responded by firing her for her “inability or unwillingness to perform an essential function of the job.” As a result, the woman amended her 2018 DCR complaint alleging that her firing, and her employer’s actions that preceded it, had been retaliatory.

The current DCR settlement followed. In addition to the monetary payment of $195,000, the settlement requires the employer to ensure its employees are advised of their rights to accommodations related to breastfeeding and pregnancy and to provide anti-discrimination training for all human resources employees, supervisors, managers, and owners.

This settlement shines a light on critical and costly missteps employers can make when navigating the implementation of federal and state leave laws, particularly as it relates to pregnancy and childbirth. It serves as an important reminder for all businesses to be sure to review and, where necessary, revise their leave and accommodations policies and practices to ensure compliance with all relevant laws, including the NJLAD, NJFLA, FMLA, the Americans with Disabilities Amendment Act, and the Pregnant Workers Fairness Act.

For help navigating the often complicated regulations and requirements applicable to employee leave and accommodations, please contact us today.