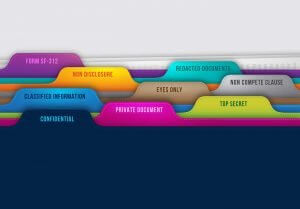 30 million. That’s the number of American workers who work under non-compete agreements, according to the Office of Economic Policy U.S. Department of the Treasury.

But employers be forewarned: Many of those non-competes could be deemed unenforceable in the near future, predicts William I. Greenbaum, an attorney at Santomassimo Davis LLP Outside General Counsel™ Solutions, a New Jersey-based firm with offices in Philadelphia and New York.

“The pendulum has swung against the enforcement of non-competes,” he says.

One big reason: President Joe Biden has said that his administration will work to minimize the use of non-compete agreements in employment agreements. In his Plan for Strengthening Worker Organizing, Collective Bargaining, and Unions, the President pledges to work with Congress to eliminate all non-compete agreements except the very few that are “absolutely necessary” to protect a narrowly-defined set of trade secrets. And, he’s vowed to completely ban no-poaching agreements, which are commonplace among franchise companies.

Here’s a second reason: As the coronavirus pandemic continues, “the fact that people are finding it harder to find jobs or they’re out of work because of the COVID economy will make it difficult to enforce non-competes,” Greenbaum says. “Many courts will sympathize with the employee’s situation and be reluctant to keep them from collecting a paycheck.”

That said, companies in most states still use non-compete agreements to protect legitimate business interests, customer information and trade secrets. Greenbaum said he counsels a few clients in industries where, if a top executive were to jump ship and join a competitor, “the financial cost to the company would be devastating.” In such cases, Greenbaum helps the client draft narrowly-focused agreements that are specific to certain employees and situations. “The key is to tread lightly,” he says.

The upshot? “Non-competes are a balancing act between the needs of the company versus the fairness to the employee,” he said. “Your very best bet is to be reasonable.”

Santomassimo Davis LLP has a team of legal experts that can help employers navigate a variety of employment issues, including non-compete contracts. For more information, schedule an appointment today.