A labor dispute is not good for anyone, neither workers nor employers. Therefore, it is better to avoid such disputes whenever possible. Nevertheless, a proposed law that New Jersey’s State Assembly recently approved would charge all employers five cents per worker per year to create a special fund allowing workers in the private sector access to coverage in the event that a labor dispute keeps them out of work for a prolonged period of time.

The fund would provide a safety net of sorts for workers who see health benefits for themselves and their families canceled due to a work stoppage resulting from a labor dispute. Workers so affected to could apply for funds to defray the cost of COBRA coverage. However, the law would impose some limitations. For example, if a strike preceded the work stoppage, employees would not be eligible for benefits.

In the event that the fund’s balance exceeds $5 million, employers would be able to take a year off from paying the annual fee of five cents per worker. Otherwise, an estimated $228,000 would go into the fund every year due to the annual fee, according to the non-partisan Office of Legislative Service. New Jersey’s rules pertaining to unemployment compensation would apply.

In addition to the annual fee, if workers were to draw from the fund to obtain COBRA insurance, the law would require their employer(s) to reimburse the fund for the benefits provided. This makes it all the more imperative for employers to either defuse contract disputes before they lead to work stoppages or resolve them quickly before workers require COBRA benefits. An experienced attorney may be helpful in either circumstance. 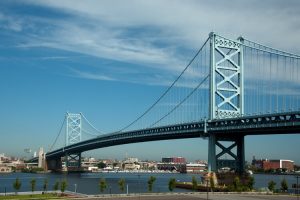