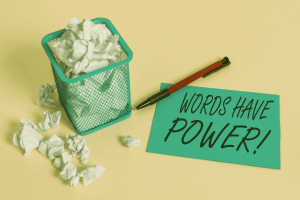 Comparative advertising has been around for years. Remember the Pepsi Challenge? It shifted the cola landscape after decades of Coke holding the #1 spot.

Comparative advertising campaigns like the legendary one waged by PepsiCo can be highly effective, but they’re not without legal risk.  “Comparative advertising is a very tricky area,” says Anthony Davis, a partner at Santomassimo Davis LLP Outside General Counsel™ Solutions, a New Jersey-based firm with offices in New Jersey, Philadelphia, and New York. “The line between singing your company’s praises and comparing it with competitors can be a blurry one.”

In a worst-case scenario, a comparative ad campaign could land you in a lawsuit in federal court. Your competitor may sue your company for false advertising under the Lanham Act claiming that you’ve distorted the facts. Such lawsuits, and the surrounding publicity, could be costly and cause significant damage to your company’s reputation and brand.
Here are some key do’s and don’ts to keep in mind before launching a competitive advertising campaign.

Do stick to the facts. If you’re making a comparison on price or benefits of your services or products, make sure your claims are 100% accurate and well documented. “Don’t mislead customers or embellish in any way,” Davis warns. Make sure all of the claims you make can be verified with certainty. “If you’re saying someone else’s product doesn’t deliver, you’d better be right.”

One example of an effective, fact-based comparison ad campaign: Popeye’s fried chicken chain once ran a TV commercial emphasizing that their restaurants were open every day of the week, while competitor Chick-fil-A’s restaurants were closed on Sundays. Through the spot, Popeye’s was able to make a clear—and factual—distinction between it and its competitor.

Don’t use deceptive images. It’s not just misleading words that can get you into hot water: Photos or graphics that are misleading are risky, too. Years, ago, Tropicana ran an orange juice commercial on TV showing former Olympian decathlete Bruce Jenner squeezing juice directly from an orange into a Tropicana carton, insinuating that Tropicana, unlike competing brands, was not made from concentrate. Rival Coca-Cola (producer of Minute Maid orange juice) promptly sued, and a court eventually ruled the advertisement was false.

Don’t cherry pick features to compare. Avoid confusing customers by ignoring a significant advantage of your competitor’s product or a deficit in your own. And make sure you’re comparing apples to apples. Example: Automakers should compare vehicles in the same class.

Do consult with a trusted legal partner. OGC Solutions works with clients to review advertising campaigns to evaluate the claims they make. Recently, Davis worked with a client in the environmental space to take care that the company avoided “greenwashing”—the practice of providing misleading information about how its products are more environmentally-friendly than another’s.

With that in mind, train your company’s salespeople to scout out what claims competitors are making about your firm at trade shows, in industry trade publications, online and in other marketing vehicles. If they see a competitor who’s making inaccurate claims about your company, have a process for reporting it to management. “Your legal partner can put the company on notice and take curative measures right away,” he says.

The bottom line: “Proceed with caution when venturing into the world of competitive advertising,” Davis says. “Getting it wrong could lead to serious consequences.”

Intellectual Property Guidance
Santomassimo Davis LLP has a team of legal experts that can help companies navigate intellectual property issues, including the management of patents, trademarks, and copyrights. For more information on IP management, schedule an appointment and take the necessary steps to protect your brand today.